As one of the world’s oldest designers and manufacturers of security seals, Acme Seals continues to innovate and improve its products for changing times.

With the world fully focused on the environmental concerns that single-usage plastics cause, Acme Seals Group is pleased to announce that all its manufactured plastic products will be fully biodegradable from January 2020.

Once its plastic products come into contact with an environment where microbes are present including landfills, compost facilities, home compost, soil, and oceans, they will begin to biodegrade.

Read on to discover how we’re serious about going biodegradable.

The problem with plastics is that they do not easily degrade. Plastics do break down, but only into smaller pieces. The smaller those pieces get, the more places they can go to, with many pieces ending up in our oceans. The exact amount of plastic floating in the planet’s oceans remains a growing mystery that scientists are working hard to investigate.

Thankfully, more nations are recognising the importance of rationalising their plastic usage.

There’re plenty of reasons why embracing biodegradability is beneficial to the global ecosystem. Here are just a few to highlight why Acme Seals Group is moving forward: 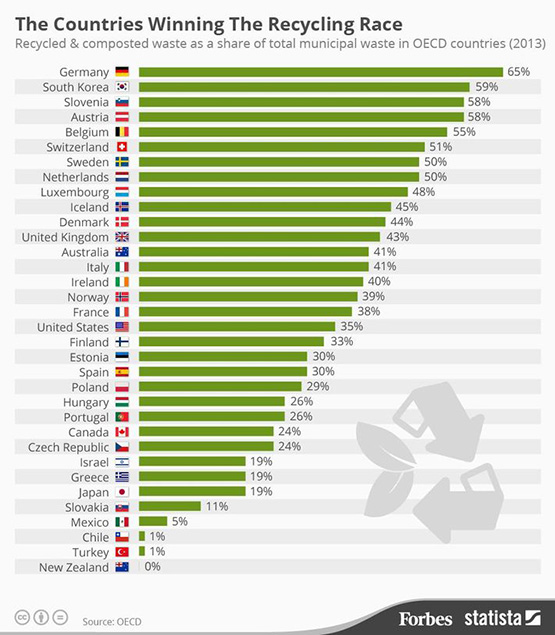 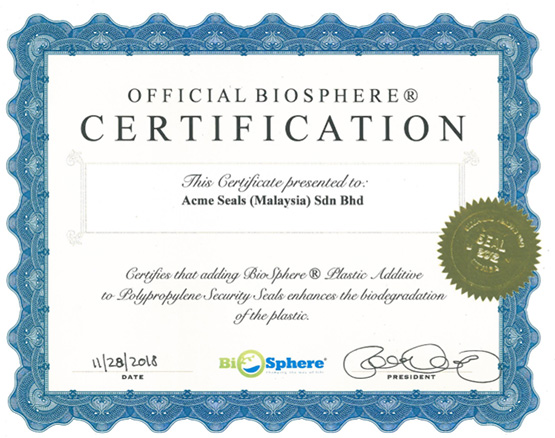 Our new range of products have been tested under stringent conditions to ensure their biodegradability. The ATSM 5511 test is the standard test method for determining anaerobic biodegradation of plastic materials under high-solids anaerobic-digestion conditions. This test measures biodegradation in anaerobic conditions prevalent in landfill environments.

Acme Seals Group is incorporating biodegradable additives into its products. These additives enhance plastic’s biodegradability by increasing its hydrophilicity, or its ability to be dissolved by water and hydrogen. The additives also attract over 600 different types of microbes to consume the polymer. The enzymes that the microbes produce react with the additives, catalysing a break down of the molecular weight of the polymer, making it easier for microorganisms to consume the plastic. In contrast, most common plastics are hydrophobic, making them resistant to the elements, and greatly limiting their biodegradability.

The degree and rate of anaerobic biodegradability of a plastic type material may be predictive of the period required to reduce the proposed plastic from the environment depending on the given conditions. Where disposal is considered a major issue, this test method may be useful to estimate the degree and persistence of biodegradable plastic in a biologically active anaerobic disposal situation. ASTM method D5511-02 determines the degree of anaerobic biodegradation of plastic materials in a high-solids anaerobic conditions. The test sample is exposed to methanogenic inoculum cultivated from a wastewater treatment facility’s anaerobic digesters and post consumer pretreated household waste. Anaerobic decomposition in this case employs a high solids environment. High solids conditions are usually considered to be greater than 20% solids. The sample conditions remain static.

This test method is designed to yield a percentage of conversion of carbon in the sample to carbon in the gaseous form under conditions found in high-solids anaerobic digesters, treating municipal solid waste. This can be validated using change in mass of the original sample. This test method is also designed to resemble many conditions in a biologically active landfill. This method is applicable to all plastic materials that are not toxic to microorganisms present in wastewater treatment facility’s anaerobic digesters that are operating on household waste.

ASTM Method D5511 determines the rate and degree of anaerobic biodegradation by measuring the volume of carbon dioxide (CO2) and methane (CH4), or change in mass as a function of time (days) of exposure to anaerobic-digester sludge. This method is considered an accelerated representation with respect to anaerobic environments. Landfill sites that plastics encounter in usual disposal methods are a possible example of this environment.